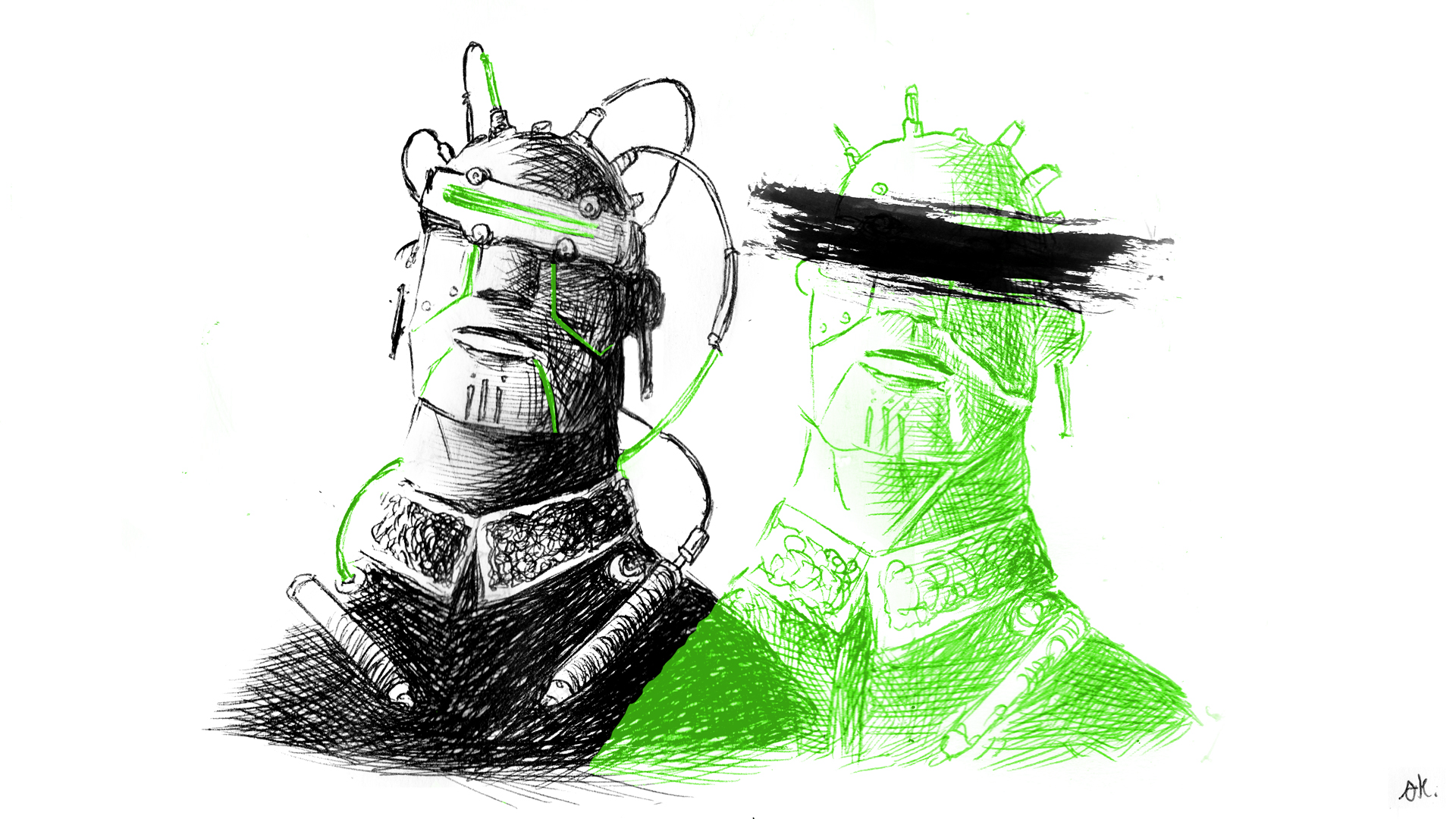 Present since the early stages of Windows NT, an Interrupt Request Level (IRQL) defines the current hardware priority at which a CPU runs at any given time. On a multi-processor architecture, each CPU can hold a different and independent IRQL value, which is stored inside the CR8 register. We should keep this in mind as we are going to build our lab examples on a quad-core system.

Every hardware interrupt is mapped to a specific request level as depicted below.

A CPU is interrupted from completing its current task only when it receives an interrupt that is above the current IRQL value. The current running thread is responsible for handling these interrupts, which saves the current CPU state and then processes the Interrupt Service Routine (ISR) mapped to the incoming IRQL. Each interrupt routine is mapped inside the Interrupt Description Table (IDT), whose pointer is stored inside the idtr register. From the debugger, the IDT can be inspected through the !idt command, which automatically resolves pointers symbols and other details.

Notice that the interrupt at index d1 is mapped to the CPU clock. We can verify if its IRQL indeed corresponds to the 13th value from the table above. To do so, we dump the CPU clock’s KINTERRUPT structure that we found earlier in the IDT.

The KINTERRUPT is a crucial structure that stores information related to interrupt dispatching.

When two or more threads need to access a shared kernel resource, they must agree on how to access the shared object in a synchronous way to eliminate the chances of corrupting it.

A mutex (from Mutual Exclusion) is one way to accomplish such synchronization between threads. When the first thread wants to access a Critical Section1 (the shared portion of code), it acquires a lock on the mutex. Once the thread has completed its tasks, it releases the mutex’s lock and only at that moment can another thread acquire it and access the shared resource. In layman’s terms, a mutex is protecting the critical section from being accessed or modified by multiple threads at the same time.

Since the Windows system scheduler runs at DISPATCH_LEVEL (IRQL 2), mutexes cannot be adopted at a level above or equal to 2. This is due to the fact that any thread-synchronization mechanism requires the scheduler to take scheduling action on those threads and thus, having a thread running at the same IRQL of the scheduler will ultimately prevent the scheduler from even starting.

Now, the pressing question from a rootkit developer’s perspective: why do we even need a synchronization primitive at IRQL ≥ 2 if the scheduler is already taking care of everything at lower priorities?

Rootkits and alike, often access and modify shared kernel resources in order to subvert system properties or just to simply be less conspicuous. The rootkit synchronization technique we are going to analyze in this blog post has its very effectiveness in running at IRQL DISPATCH_LEVEL, thus enabling the rootkit code to modify kernel structures without risking any system crash.

Albeit this technique has been originally presented in the well-known Hoglund/Butler book from 2005, it’s still equally effective on present systems.

The code reference for this project is available on GitHub. It’s an x64 version of Bill Blunden’s Rootkit Arsenal project driver that implements the Hoglund/Butler synchronization mechanism.

Idling CPUs - DPCs to the Rescue

The goal of our rootkit project is to access a shared kernel resource while making sure that no other threads running on any CPU are going to step on our toes. As mentioned earlier, we are not allowed to rely on mutexes to perform our synchronization routine, so we need to resort to another kernel mechanism: Deferred Procedure Calls (DPC).

DPCs are normally used whenever a high hardware interrupt wants to hold up some of its routine to the lower DISPATCH (2) level. In this way, DPCs allow drivers to down-prioritize less critical tasks to a lower IRQL level. Once initialized, DPCs are then enqueued on a per-CPU queue and executed when all the remaining higher IRQLs are finished.

One complementary feature of DPCs is that, after initializing the DPC structure with the KeInitializeDpc routine, we can specify the exact target CPU where the DPC is going to be executed with the KeSetTargetProcessorDpc function. The reason this is critically important will become clear shortly.

Now that we’re armed with a basic understanding of DPCs, let’s determine how they fit in our project. Here’s the overall approach we are going to implement as our custom DISPATCH-LEVEL mutex:

This way, we are able to safely access the shared resource by forcing the remaining CPUs to do nothing and just sit on their metaphorical hands. We’re now going to dissect the relevant code portion for each of these steps, and finally verify our assumptions with the debugger.

From a high-level perspective, we already know what to do, so let’s investigate how. We can start by inspecting the DriverEntry routine.

In the first step of our routine, we increase the current process IRQL through the RaiseIRQL function.

We first retrieve the current CPU’s IRQL level through the KeGetCurrentIrql function and, interestingly enough, this ntoskrnl routine comprises only two instructions.

This proves what we just learned earlier–that the current CPU IRQL value is stored in the cr8 register and is then placed in RAX as a return value.

As a next step, RaiseIRQL checks if the current IRQL value is lower than DISPATCH_LEVEL and if so, it raises it to that IRQL through the _KeRaiseIrql_function. Inside ntoskrnl, this function is mapped as KfRaiseIrql and performs the following:

If all these conditions are false, on the bottom right block, the undocumented SchedulerAssist value from the KPRCB is modified accordingly.

Having raised the current CPU’s IRQL, it is now time to perform the same operation for the other remaining CPUs. This is accomplished with the help of the AcquireLock function and through the use of DPCs. Let’s analyze this routine by decoupling it by functionality.

Before dealing with anything related to DPCs, we first need some sort of synchronization mechanism that tells us that all the CPU are running at DISPATCH_LEVEL along with a method to signal the other CPUs when to exit the infinite NOP loop.

According to MSDN, the Interlocked function family provides exactly what we want:

These functions are generated as intrinsics by the compiler, so that the CPU can force memory barriers to guarantee mutual exclusion and order of operation between threads.

To this end, we are going to use LockAcquired as a boolean-like variable to notify lockRoutine when to exit the loop. We’ll also use nCPUsLocked as a counter variable to atomically increment it on every CPU, via the InterlockedIncrement64(&nCPUsLocked) statement.

As a next step, we can now take care of DPCs creation. We first need to allocate a kernel pool via ExAllocatePoolWithTag of the size of a KDPC multiplied by the number of the running CPUs.

We then run a for-loop where we initialize on every other CPU the DPC via the KeInitializeDpc function, providing the respective KDPC and the lockRoutine as a function to be executed by the scheduled DPC. Next, we tell which CPU has to run the DPC with a call to KeSetTargetProcessorDpc and we finally enqueue it with KeInsertQueueDpc.

Once the DPC is running on the given CPU, it will execute the lockRoutine function that we have passed as an argument during DPC initialization, which has the following structure.

First, InterlockedIncrement64 is called, so that the nCPUsLocked variable that was previously set to zero is now incremented to one. Since this routine will be executed by every other CPU, the variable will be incremented by each one and ultimately reach the “total CPU-1” value, which will force the while-loop in the AcquireLock function to exit.

As a next step, lockRoutine employs the InterlockedCompareExchange64 function to check if the value of LockAcquired is set to “0” or “1”. If it’s 0, it will enter a while-loop and execute the standby NOP_FUNC routine, defined in the project’s lib.asm resource.

The purpose of this routine is to run on each other CPU that has been already raised at DISPATCH_LEVEL so that will prevent the execution of any thread that might undermine our operations.

Having all the other CPUs but ours stuck on an infinite loop allows us to safely access the shared resource with the current IRQL value of DISPATCH_LEVEL.

Normally, the shared resource that a rootkit wants to modify would be some kind of kernel table or structure like the EPROCESS ActiveProcessLinks. For the sake of this blog post, we are just going to demonstrate it with the following routine.

Running the above instructions in this very large for-loop will effectively render the system unusable for a few seconds thus, as a moral of the story, the rootkit should be swift when accessing a shared resource in the kernel.

In the debugger, we can now verify what we took for granted in the above code listings. If we place a breakpoint at the AcquireLock routine, we can inspect the KDPC as it gets initialized by KeInitializeDpc.

The first parameter passed to the function is the empty KDPC structure.

The structure gets populated once the function returns,

The DeferredRoutine is our defined DPC routine, while the Number value refers to the target CPU where it is going to be executed, which gets populated once KeSetTargetProcessorDpc returns.

The resulting value is the result of the constant 0x500 plus the CPU index.

We can also verify the enqueued DPCs through the !dpcs command.

Nice, then we can now enable a breakpoint on IRQL!NOP_FUNC and continue execution.

And we have proven that the NOP function is running on every other CPU, as intended.

As a final check, we can now verify that all the other CPUs are executing the NOP routine while we are accessing the share resource. Let’s break on IRQL!AccessResource and verify the IRQL level for all the CPUs.